My PM envy is off the scale.

She's shifting the blame in this announcement.

In other words, when the mass deaths start occurring from preventing natural herd immunity to develop, whilst allowing the virus to become more aggressive and dangerous, the blame is not on her. "We're all in this together".

And when she says 'continue to protect each other' - she means mandatory vaccination.

Only a psychopath could sit there smiling and pretend that there is not a mountain of dissent from the medical community to her insane policy of eradication. I see vanity, I see hubris, I see mental vacuity.

I see the mask of sanity. 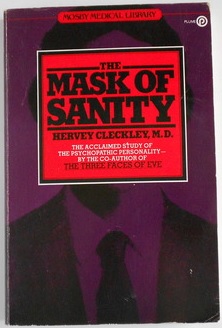 The Mask of Sanity - Wikipedia

You're watching the official music video for "Don't Cry For Me Argentina" from Madonna's soundtrack album for the motion picture 'Evita' released on Warner Bros. in 1996. Listen to Madonna’s latest release here: Subscribe to the Madonna Channel! Check out the Official Madonna YouTube Playlists… The Complete Madonna Videography Live Performances MDNA Skin Help Us Give Back… Raising Malawi The Ray …

"We did it" - "Keeping one another safe" - "Saving peoples lives". Sucky Sucky Sucky.

What did Kiwis do to deserve her?

You'd have to be a psychopath to lie so convincingly.....

The constant smilng as she talks is a dead give away.

"Politics is the art of the possible". Jacinda probably does not know what is going on with the virus that is going around, but she is told by her medical advisors, who in turn are controlled by higher entities e.g. in the WHO. The problem is the one-month "Level 4" total country-wide lockdown that commenced on March 25, last year was immensely popular with New Zealanders. They loved it, because Jacinda with a degree in communications plus an ability to be at ease in whatever situation, marketed the lockdown so well and used it to increase her popularity. The problem is, unlike Andrews in Victoria, her popularity rose. Now she's manipulating New Zealanders to believe that it was the extreme measures taken that have made New Zealand, like Vietnam, free of a virus that never was a problem in the first place. She's a brilliant politician. Trump was also a brilliant politician to get himself elected against all odds.

Hey gas4gaza, assuming you're correct about her popularity, does this indicate that she is a brilliant politician, or perhaps something else, something about the psyche of the New Zealand people?

Historians and psychologists have often pondered if there was something fatally flawed in German society that allowed a poisonous ideology to take hold in the 1930's. The ideology behind Nazism was largely eugenics, which was very popular all over the West and was considered at the time to be "good science". Eugenics led to horrible human rights abuses in many countries, not just Germany.

I think it is reasonable to compare "covid science" to an ideology alomg the lines of eugenics theory, but I guess we would need to define "ideology" first, and differentiate it from legitimate scientific knowledge.

Climate change can also be described as an ideology I guess.