has come and gone

for the eighty-first time

since we were young

through the air waves

his Rough and Rowdy Ways

and his quiet days

in this earthly realm

may soon be over

for as we are told

we are given but three score and ten

or if strong, fourscore

then we cross the Rubicon

into the Great Beyond

with his wacky turn of phrase

about what it means

the author a professor of classics

who had a thesis:

Dylan is steeped in tradition

going back to the Roman poets

going back to Virgil

from great and obscure poets

Robbie Burns in the Highlands

from the 13th century

‘Dylanology’ has now become a thing

trying to find the source of his words

of the professor’s  book

so now we guess

to what is meant

by the puzzling name

of his 31st album

. . . you  gotta read the book to understand

about all this academic study

into the source of his verse

“the world of research

”Why Dylan Matters” by Richard Thomas

When the Nobel Prize for Literature was awarded to Bob Dylan in 2016, the literary world was up in arms. How could the world’s most prestigious book prize be awarded to a famously cantankerous singer-songwriter in his seventies, who wouldn’t even deign to make a victory speech?

In Why Dylan Matters, Harvard professor Richard F. Thomas answers that question with magisterial erudition. A world expert on classical poetry, Thomas was initially ridiculed by his colleagues for teaching a course on Bob Dylan alongside his traditional seminars on Homer, Virgil and Ovid. Dylan’s Nobel prize win brought him vindication, and he immediately found himself thrust into the limelight as a leading academic voice in all matters Dylanological.

This witty, personal volume is a distillation of Thomas’s famous course, and makes a compelling case for moving Dylan out of the Rock & Roll Hall of Fame and into the pantheon of classical poets. The most dazzlingly original and compelling Dylan book in decades, Why Dylan Matters will amaze and astound everyone from the first-time listener to the lifetime fan. You’ll never think about Bob Dylan in the same way again. 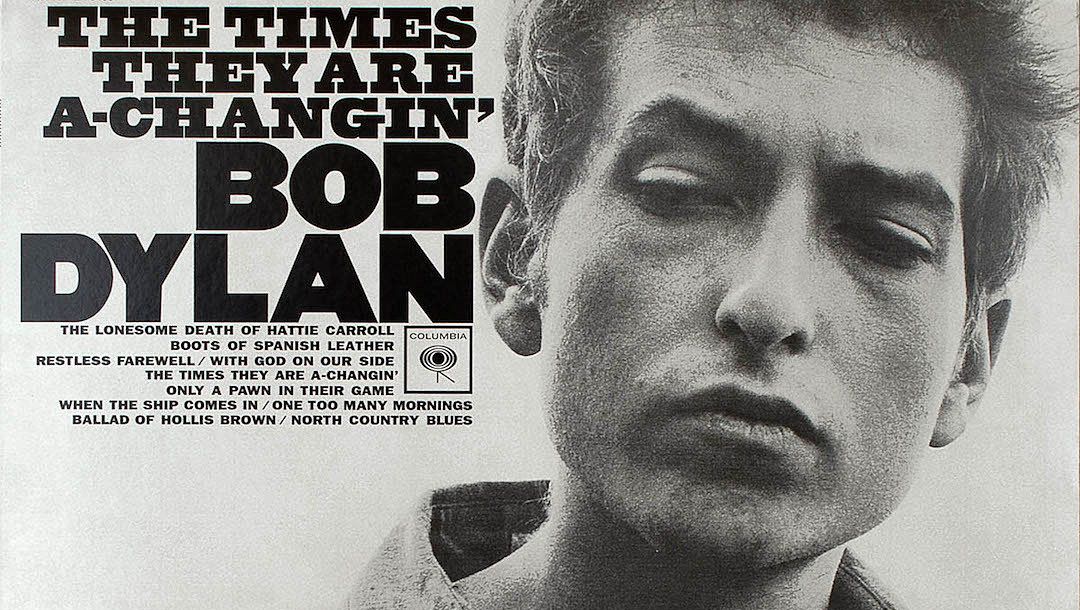 As a commemoration of Bob Dylan’s 80th birthday today, May 24th, we’ll post this story from the July 2011 edition of ROLLING STONE magazine. Enjoy. --ooOoo--

Everything you say is valid and I agree with you, however I should note a few things which interfere with the appreciation of Mr. Dylan in the present day.

Firstly, he is seen as one of the principle cultural influences of the so-called "counter-culture' of the 60s. As we know, most of the followers of "counter-culture" of the 60s are now liberals who probably voted for Joe Biden.

Contemporary conspiracy theorists are rightly sceptical of anyone associated with that era, and they are generally very suspicious of Bob Dylan.

When you look at the recent obnoxious authoritarian outbursts of Neil Young and Joni Mitchell, who are also icons of that era, you can see there is good reason to be suspicious of all these people.

You and I know that Bob is different, but I would hazard to guess that most of the people who use this platform see him as fake and merely a puppet of the establishment.

This may surprise you, but that is my experience. I'm a huge fan, but my fellow truth seekers despise him, and the fact that he won the Nobel prize for literature merely increases their hostility.

People are prejudicial due to their tendency to fall into identitarian modes of thought which block their perception and inhibit their personal development.

We live in odd times.

Thanks boss, for that take on the broader context of attitudes to the prolific singer-songwriter

-who some of us have grown up with since we were young.

I appreciate your comments and feedback.

He broke with the counter-culture of the 60’s big time.  “Equality - I spoke their word as if a wedding vow - but I was older then - I’m so much younger now”

And when he put out those Born Again albums in the early ‘80s, your friends probably assumed he has lost his mind and gone completely bonkers

I don’t think you are saying in your comments that Dylan was a part of, or inspiration for the 70s sex drugs and rock ‘n roll new age hippie counter culture that fucked up the lives of so many baby boomers

At some prize giving function he was introduced as “the conscience” of that movement.  He just froze and  was disgusted with being put in that category. I think mentioned that incident in his Chronicles

However I don’t give a damn what others think of Dylan.   Because what is more important is how the impact of words and flights of expressionist poetry on the subconscious- something that is “the same but different” for every listener

Depending of different depth of experiences and emotions between different people - the same song might bring one to shed a tear - and the other one to feel no emotion out of the ordinary.

I was often told I need to broaden my musical playlist - and I have done that.    I was a late starter listening to The Rolling Stones.   And now agree they are the greatest Rock band.   Your observation in an earlier post that Dylan respected the Stones more than the Beatles because they lifted many of their songs from tradition, that rings true especially after reading Why Dylan Matters   That book by the classics professor says the same about Dylan - that he draws from the past i.e. from tradition

Anyway - let’s not quibble - there are many books on Dylan - as there are on other poets.   At the end of the day, it’s all about personal taste that is not about truth and falsity 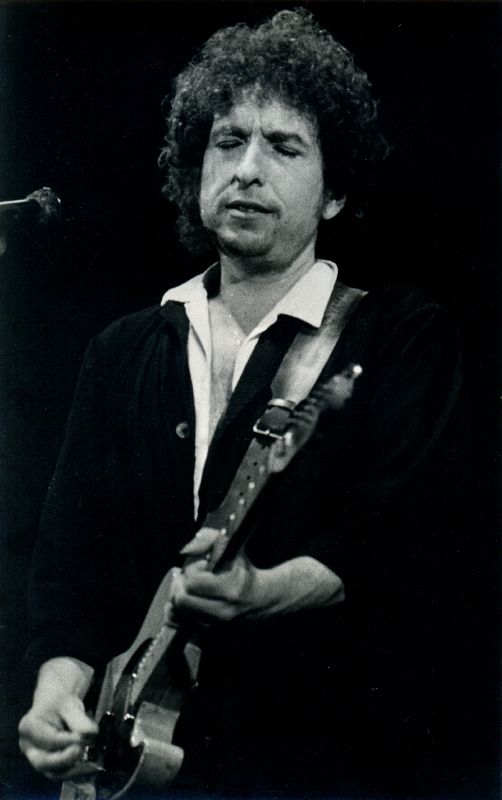 I have just re-read your comments.   Yes it does surprise me.

I suggest you run a poll on this platform to confirm/refute my proposition. I would be pleased to be wrong on this.

It's very hard for "right-wing" people to like a musician who has been adopted and owned by the left. Even if he tried to wriggle out of that label - he never really succeeded.

Joan Baez, who worshipped him and helped him get a larger audience is a rusted on leftist. She's probably a three mask 4-jab person today lol 🥳

"People are prejudicial due to their tendency to fall into identitarian modes of thought which block their perception and inhibit their personal development."   WTF ...ROFL!

All I can say is "Lay Lady Lay ..lay across my big brass bed today."

I rest my case.

"identarian modes of thought"?  Can you elaborate?

Is "identitarianism" the belief in the supremacy of the "self" over external realities?   In other words,  we can choose out own identity rather than having our identity determined by others? 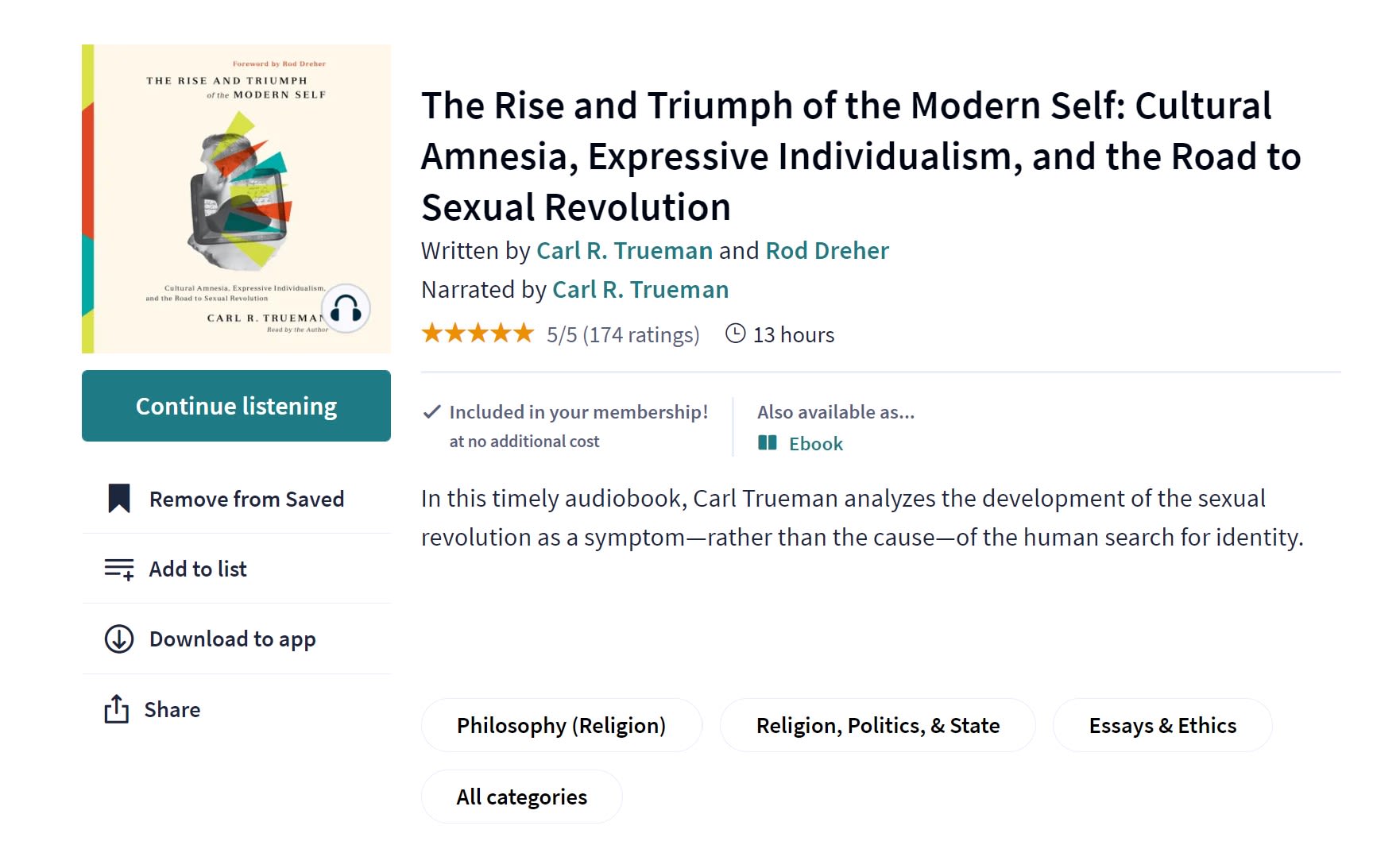 What Is Identitarianism? Why Do Neoliberals Love It? Why Won’t Wikipedia Define It Fully?

It's interesting to note that wikipedia associates this exclusively with right-wing political ideologies, whereas in reality this is also very much a left-wing thing...