My Movie the daily wire

IT IS NOW ILLEGAL IN AUSTRALIA FOR COUNSELLING PROFESSIONALS TO ENGAGE IN HOMOSEXUAL 'CONVERSION THERAPY' FOR CHILDREN (i.e.,, GAY TO STRAIGHT)

- YET, AT THE SAME TIME, IT IS MANDATORY IN AUSTRALIA FOR PROFESSIONALS TO ONLY AFFIRM CHILDREN'S REQUEST FOR A SEX CHANGE (i.e., GENDER CONVERSION THERAPY)

"LBG" rights campaigns of the late 20th century have paved the way for "TQ" rights of the 21st century.

Prediction: "TQ" rights are now paving the way for "P" rights.   To understand why and how, see the attached excerpt from the MATT WALSH show on the U.S. DAILYWIRE platform, broadcast a couple of years ago.


STORY BELOW, to illustrate the situation in Australia, is from today's Weekend Australian newspaper, Saturday, June 4, 2022  (The Nation, page 9)

Laws `threaten the treatment of kids'

While peak medical bodies back a ban on long-discredited therapies, they insist these have not been practised in mainstream medicine for decades.

Some fear exploring factors or comorbidities, and discussing the benefits of waiting, potentially until after puberty, to complete transition, or the downside of puberty blockers, could be seen as "conversion therapy".

The National Association of Practising Psychiatrists was "very concerned" regulation could be seen to prohibit care not based on facilitating a child to transition.

"The doctor must be convinced that the positives outweigh the negatives of the treatment on offer," said association president Philip Morris. "If they don't do that then they are not operating as an ethical doctor.

"Are doctors to be regarded as purely technical handmaidens of those who want to go in a certain direction? If that's the case, we're not operating ethically."

Dr Morris said some Victorian therapists had already stopped treating children with gender dysphoria due to that state's 2021 laws. "We have had (Victorian) therapists who are doctors, psychologists and psychiatrists saying 'it's a bit too difficult now because it's unclear as to what I should be doing and whether I could get caught up in this legislation'," he said.

"Our concern is that good people who are providing good care for children will avoid this area because the grey areas could mean you get into difficulties."

AMA Tasmania was also "concerned" doctors could stop treating children with gender dysphoria. "Some doctors are so frightened of the regulatory bodies ... that they just don't touch what they judge to be 'delicate issues' and that is a problem," said vice-president Annette Barratt.

"We need people to be able to seek the help they need and for doctors to feel free to offer the help. We definitely want conversion therapies banned ... but we do want to allow people to seek help for discussion."

The Tasmanian Law Reform Institute, whose May recommendations sparked the legislative considerations, said changes would not affect "legitimate healthcare ... consistent with disciplinary standards declared by the appropriate chief health officer".

However, Dr Barratt said the "devil is going to be in the detail" of such standards, and some doctors remained "anxious".

Tasmania's Liberal government was seeking further advice ahead of reform. "The Premier and I have sought advice from our relevant agencies," said Attorney- General Elise Archer. "We are looking at this as a priority."

Equality Tasmania's Rodney Croome said the TLRI had recommended the concerns could be taken to the chief psychiatrist.

"It is only if health professionals violate ethical and clinical standards by pathologizing gender identity, and proposing a treatment for this pathology, that they may be undertaking conversion practices," Mr Croome said.

"In circumstances where health professionals are unable to follow clinical guidelines the TLRI has recommended a conscientious objection."

My Movie the daily wire 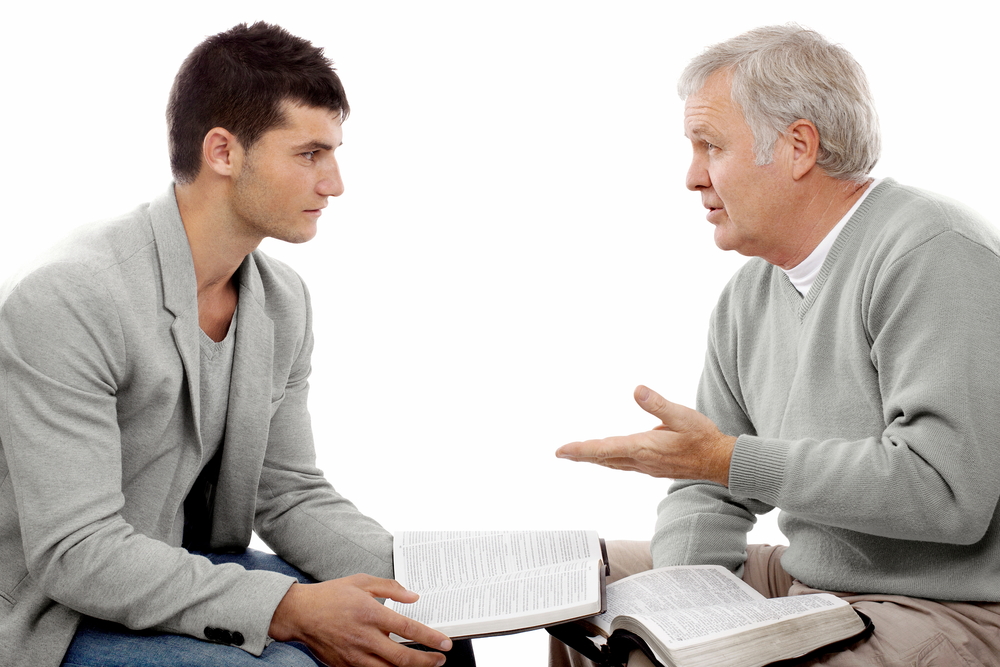 The "Gender Ideology" Experts Who Couldn't Answer What a Woman is, with Matt Walsh

Matt Walsh, The Daily Wire host and filmmaker of “What is a Woman?” on how experts acted when he asked them to define what a woman is, why they got angry with him, gender dysphoria, and more. LIKE & SUBSCRIBE for new videos everyday: Watch full clips of The Megyn Kelly Show here: Find the full audio show wherever you get your podcasts: Apple — Spotify — Follow The Megyn Kelly Show on all social …

What is a Woman? | Official Trailer | The Daily Wire

Sent from my iPhone 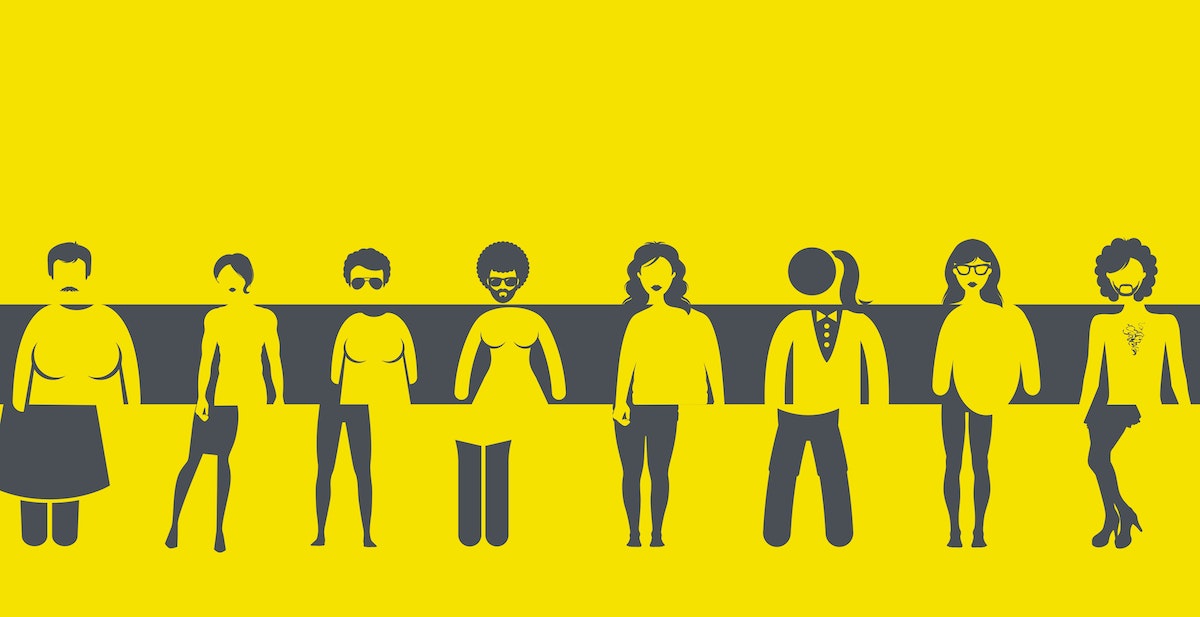 What is a Woman? | Official Trailer

It’s the question you’re not allowed to ask. The documentary they don’t want you to see. Don’t miss Matt Walsh’s “What is a Woman?” premiering on June 1 at 8pm ET exclusively for Daily Wire members.

None of the critics of the film have watched it. Literally not one.

The Left has launched a cyberattack against the site, coordinated a smear campaign, threatened to bash me in the head with a bat, called for my address to be leaked, called for me to be deplatformed, and mass reported my accounts. What they haven’t done? Answer the question.

To reiterate for the Left: rather than going through all this trouble, you could totally humiliate and destroy me and undermine the entire film simply by providing a coherent definition of the word. That would invalidate my whole premise. Should be really easy to do right?

This is why they don’t want you to see #WhatIsAWoman. It’s because of moments like this. Gender ideology is an insane, incoherent mess. pic.twitter.com/p5m2RIbKff

I interviewed Michelle Forcier in my film. You should see the footage that ended on the cutting room floor! https://t.co/Fdhx81nvJI

REVIEW OF MATT WALSH'S DOCUMENTARY "WHAT IS A WOMAN"

Matt Walsh's "What Is A Woman" Film Review!

If you watched the film (or haven’t watched it yet) and want to dive deeper into the issue, go and buy two of the most important books of the 21st century: Abigail Shrier’s “Irreversible Damage” and Carl Trueman’s “Rise and Triumph of the Modern Self.”

I'm listening to The Rise and Triumph of the Modern Self: Cultural Amnesia, Expressive Individualism, and the Road to Sexual Revolution on Scribd and thought you might like it.

Check it out:
The Rise and Triumph of the Modern Self: Cultural Amnesia, Expressive Individualism, and the Road to Sexual Revolution
Carl R. Trueman
https://www.scribd.com/audiobook/481480522

With Scribd, you can dive deep into the interests that matter to you. Get access to books, audiobooks, articles and more - all for less than the price of a paperback. Become a member today and start reading. Find out more at http://www.scribd.com/

Sent from my iPhone 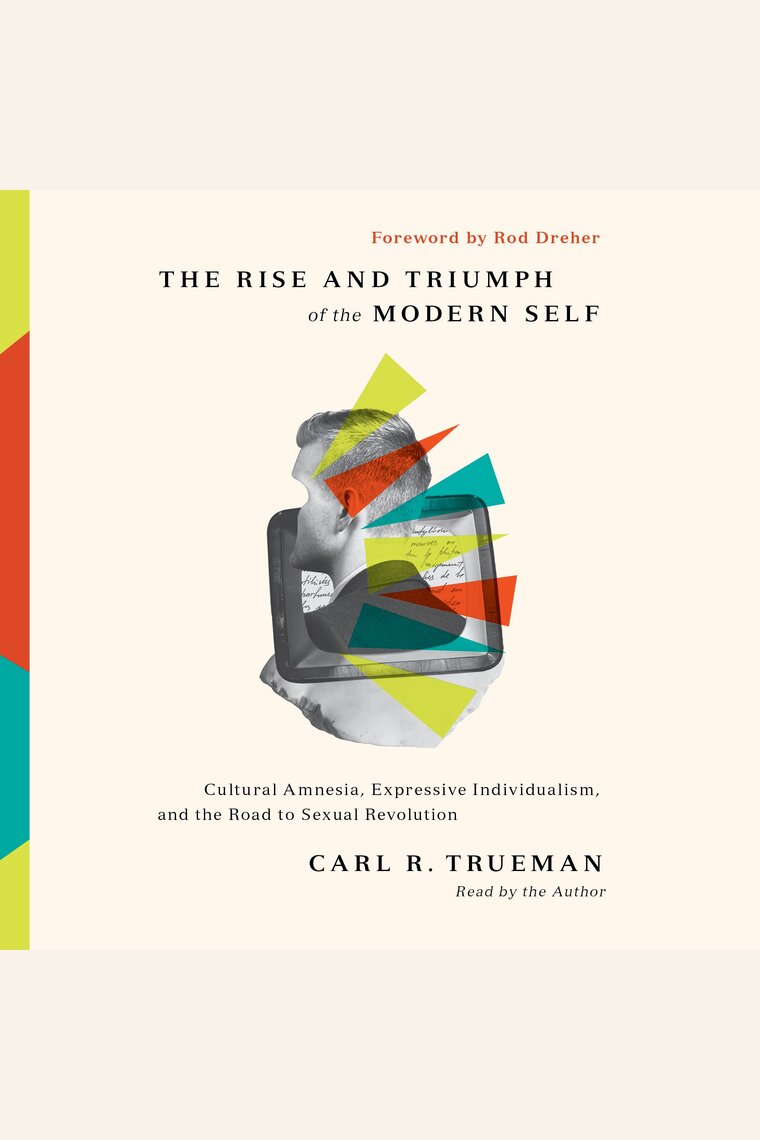 The Rise and Triumph of the Modern Self by Carl R. Trueman, Rod Dreher - Audiobook | Scribd

In this timely audiobook, Carl Trueman analyzes the development of the sexual revolution as a symptom—rather than the cause—of the human search for identity.