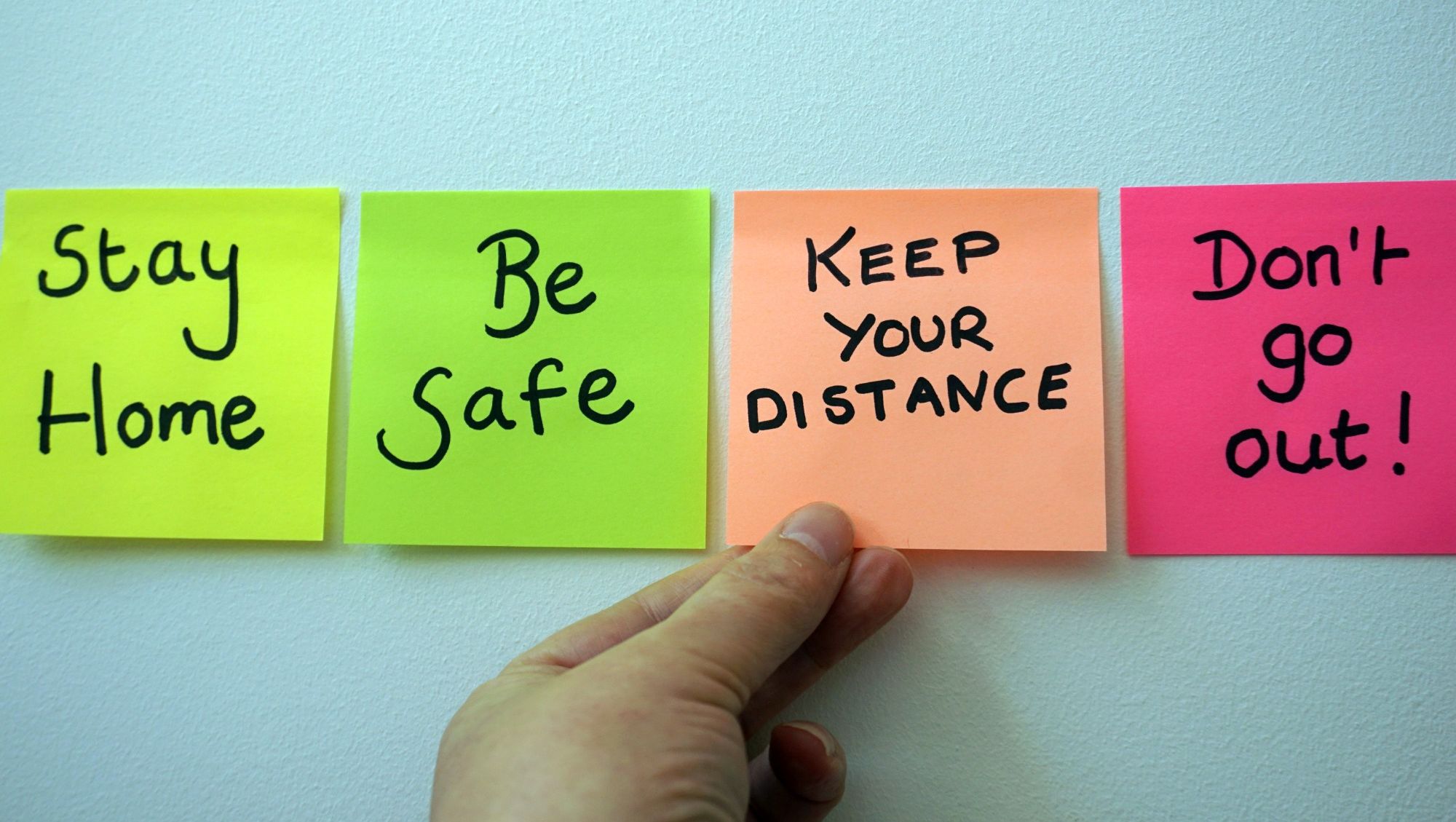 More than 400 studies on the failure of compulsory covid interventions

The great body of evidence (comparative research studies and high-quality pieces of evidence and reporting judged to be relevant to this analysis) shows that COVID-19 lockdowns, shelter-in-place policies, masks, school closures, and mask mandates have failed in their purpose of curbing transmission or reducing deaths. These restrictive policies were ineffective and devastating failures, causing immense harm especially to the poorer and vulnerable within societies.

Nearly all governments have attempted compulsory measures to control the virus, but no government can claim success. The research indicates that mask mandates, lockdowns, and school closures have had no discernible impact of virus trajectories.

Bendavid reported “in the framework of this analysis, there is no evidence that more restrictive nonpharmaceutical interventions (‘lockdowns’) contributed substantially to bending the curve of new cases in England, France, Germany, Iran, Italy, the Netherlands, Spain, or the United States in early 2020.” We’ve known this for a very long time now but governments continue to double down, causing misery upon people with ramifications that will likely take decades or more to repair.

The benefits of the societal lockdowns and restrictions have been totally exaggerated and the harms to our societies and children have been severe: the harms to children, the undiagnosed illness that will result in excess mortality in years to come, depression, anxiety, suicidal ideation in our young people, drug overdoses and suicides due to the lockdown policies, the crushing isolation due to the lockdowns, psychological harms, domestic and child abuse, sexual abuse of children, loss of jobs and businesses and the devastating impact, and the massive numbers of deaths resulting from the lockdowns that will impact heavily on women and minorities.

Now we have whispers again for the new lockdowns in response to the Omicron variant that, by my estimations, will be likely infectious but not more lethal.

How did we get here? We knew that we could never eradicate this mutable virus (that has an animal reservoir) with lockdowns and that it would likely become endemic like other circulating common cold coronaviruses. When we knew an age-risk stratified approach was optimal (focused protection as outlined in the Great Barrington Declaration) and not carte blanche policies when we had evidence of a 1,000-fold differential in risk of death between a child and an elderly person. We knew of the potency and success of early ambulatory outpatient treatment in reducing the risk of hospitalization and death in the vulnerable.

It was clear very early on that Task Forces and medical advisors and decision-makers were not reading the evidence, were not up to speed with the science or data, did not understand the evidence, did not ‘get’ the evidence, and were blinded to the science, often driven by their own prejudices, biases, arrogance, and ego. They remain ensconced in sheer academic sloppiness and laziness. It was clear that the response was not a public health one. It was a political one from day one and continues today.

A recent study (pre-print) captures the essence and catastrophe of a lockdown society and the hollowing out of our children by looking at how children learn (3 months to 3 years old) and finding across all measures that “children born during the pandemic have significantly reduced verbal, motor, and overall cognitive performance compared to children born pre-pandemic.” Researchers also reported that “males and children in lower socioeconomic families have been most affected. Results highlight that even in the absence of direct SARS-CoV-2 infection and COVID-19 illness, the environmental changes associated with the COVID-19 pandemic is significantly and negatively affecting infant and child development.”

Perhaps Donald Luskin of the Wall Street Journal best captures what we have stably witnessed since the start of these unscientific lockdowns and school closures: “Six months into the Covid-19 pandemic, the U.S. has now carried out two large-scale experiments in public health—first, in March and April, the lockdown of the economy to arrest the spread of the virus, and second, since mid-April, the reopening of the economy. The results are in. Counterintuitive though it may be, statistical analysis shows that locking down the economy didn’t contain the disease’s spread and reopening it didn’t unleash a second wave of infections.”

The British Columbia Center for Disease Control (BCCDC) issued a full report in September 2020 on the impact of school closures on children and found para “that i) children comprise a small proportion of diagnosed COVID-19 cases, have less severe illness, and mortality is rare ii) children do not appear to be a major source of SARS-CoV-2 transmission in households or schools, a finding which has been consistent globally iii) there are important differences between how influenza and SARS-CoV-2 are transmitted. School closures may be less effective as a prevention measure for COVID-19 iv) school closures can have severe and unintended consequences for children and youth v) school closures contribute to greater family stress, especially for female caregivers, while families balance child care and home learning with employment demands vi) family violence may be on the rise during the COVID pandemic, while the closure of schools and childcare centres may create a gap in the safety net for children who are at risk of abuse and neglect.”

Now places like Austria (November 2021) have re-entered the world of lockdown lunacy only to be outmatched by Australia. Indeed, an illustration of the spurious need for these ill-informed actions is that they are being done in the face of clear scientific evidence showing that during strict prior societal lockdowns, school lockdowns, mask mandates, and additional societal restrictions, the number of positive cases went up!

The pandemic response today remains a purely political one.

The full article contains a synopsis of each study. Continued...

Every man and his dog can put out opinions on this failed government response to the latest low-CFR virus going around.

So what I like to do is always google the opinion-maker to try to get an idea of his credibility:

"The pandemic response today remains a purely political one."

"Now places like Austria (November 2021) have re-entered the world of lockdown lunacy only to be outmatched by Australia".

I listened to ABC News Radio (Australia) this morning, Thursday, December 16, 2021. I was told in a telephone call to a New South Wales resident last night that the state government there is loosening all controls - including on the "unvaccinated" - as "case numbers" yesterday were at record levels but with zero deaths.

This seems to confirm the above opinion that the "covid response" as been a failure, and government now have no option but to give up.

I also heard on the Australian news this morning that the Redfern Legal Centre are trying to do something about the A$3 million in fines levied by police against children aged 11-17 in the area, for mask-mandate breaches.

I think this article deserves to remain as lead story for a while, because it rings true to my way of thinking.

"Now places like Austria (November 2021) have re-entered the world of lockdown lunacy only to be outmatched by Australia". 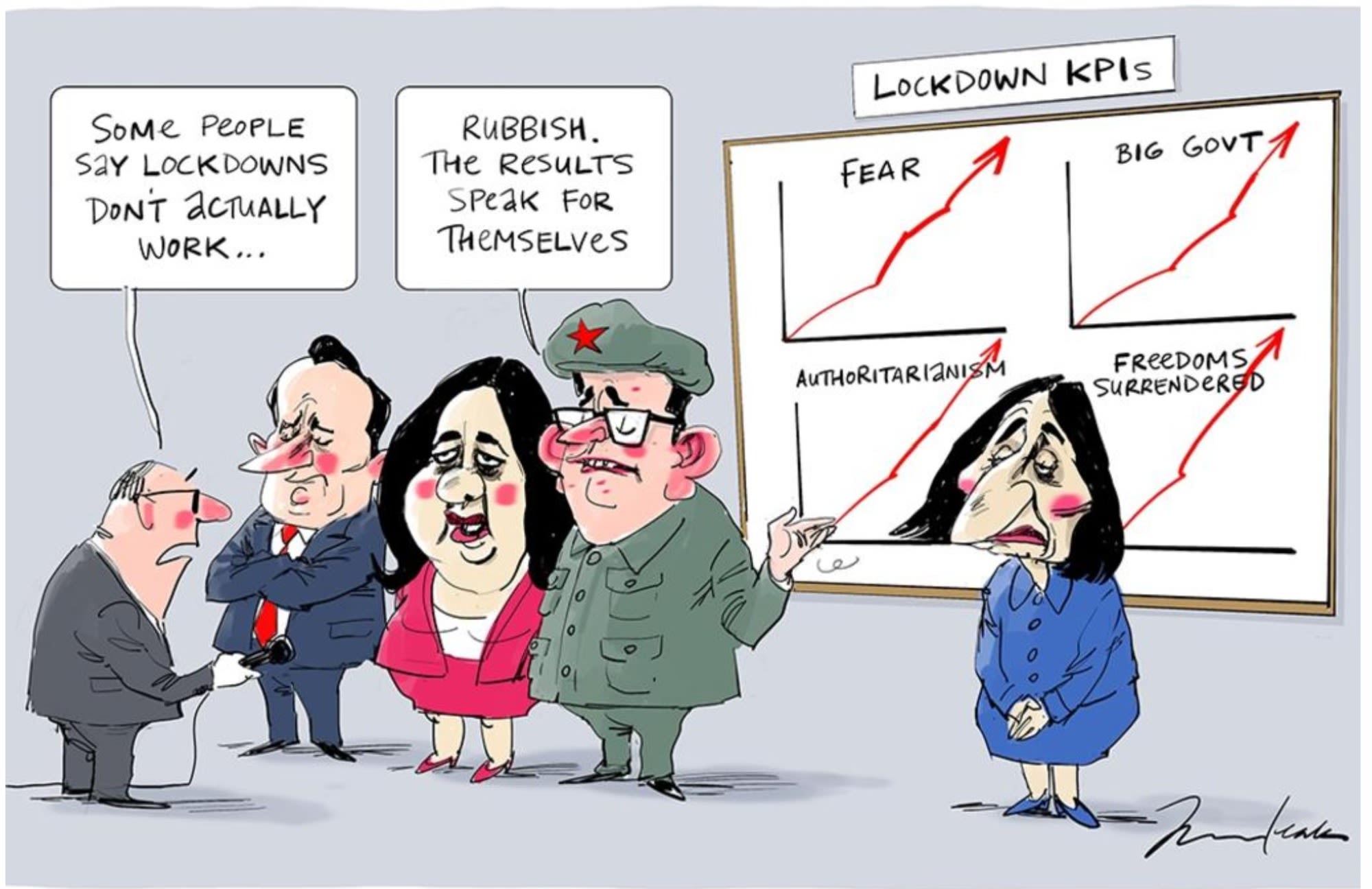 > NSW Chief Health Officer: “I would recommend that instead of Christmas shopping, everyone shops for a Covid booster online.” pic.twitter.com/PPDxQsEGDl [ — Caldron Pool (@CaldronPool) December 15, 2021 [