Something is happening, but you don't know what it is - Fifth Estate Press 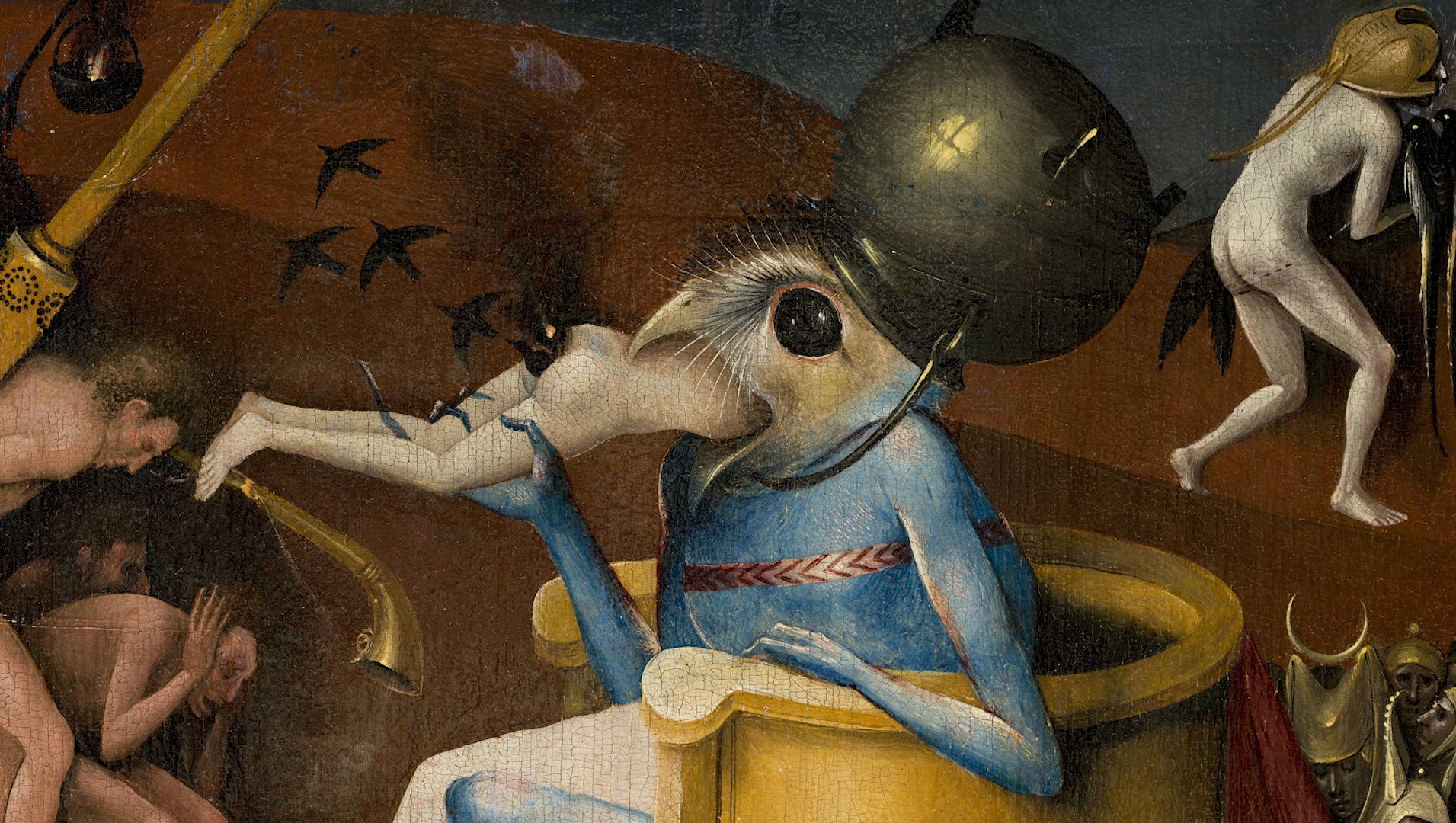 Something is happening, but you don't know what it is

The image at the top of this story is a detail from The Garden of Earthly Delights, by Hieronymous Bosch.

There's an important aspect of the the last 2 years on planet Earth, the understanding of which may help us prepare for what is coming.

The nub of it is this: the West has slipped into a "mass formation psychosis", which is likely to continue to influence the way society is run long after the pandemic has disappeared from the news. The condition might also be referred to as  "neurotic totalitarianism". The key feature of this condition is the constant projection of fear through scenarios which are invented by government-appointed experts and amplified by the media and political leaders. Fundamentally this is not dissimilar to the paranoia about Communism which gripped the West during the Cold War, or fears about an "Islamic Caliphate", or alarmism about a "climate crisis". It is also different, in ways which I will expand on here.

The current zeitgeist has led us to fear normal activities in a way that is unique in human history. Never in history have people been so terrorised that they wore muzzles while walking down the beach on a windy day, alone, or feared contagion from perfectly healthy people. The extreme nature of the paranoia has been normalised to such a degree that it is only the people arguing against it who are seen as weird. To the extent that this is a form of mental illness, I believe it is primarily one which afflicts the West, and which is intimately tied in with the cult of scientism - a fanatical and intolerant ideology which informs the ruling elite of big tech and big pharma. Those who are most deeply enmeshed in it are also transhumanists, who see the fusion of the human and the machine as inevitable. These people believe that humans are scourge on the planet and must be culled. Their vision of the future is one with a massively reduced population ruled by a technocracy. As with all ideological extremists they idealise the future and and scrub from the picture the inevitable reign of terror which will be required for its implementation. I don't believe there is an overt conspiracy at work, but rather a confluence of interests, fueled by the same fanatical belief system which makes it possible to have an agenda being pursued with no clear agency behind it.

Although I say "the West" I know that the same tendencies have been seen in many non-western countries around the world. My perception is that these countries have been eager to adopt the "biomedical security state" mode of governance, but without the same degree of conviction seen in Europe, North America and Australasia. Even China, which is widely touted as having a very strict covid policy, has in reality been operating business-as-usual since mid 2020.

There have been many incentives for poorer, less developed nations to adopt the policies hammered out by government epidemiologists in the West. The incentives are both political and financial. To go against the zeitgeist of the West would have been to forgo IMF money and a multitude of bilateral ties and NGO inflows into these economies. The path which most non-western countries have followed is to quietly de-escalate restrictions while officially still claiming to be deeply concerned about the pandemic. In some countries like the Phillippines, which is ruled by an iron fisted dictator, harsh public health measures simply dovetail with natural tendencies. In Vietnam, which has a rigid socialist, one party regime, strict lockdowns were also a natural expression of the tendencies of those in power. However, it must be noted that even in these extreme examples the application of these measures was sloppy and uneven.

By contrast, in the highly developed West, the enforcement of "public health restrictions" has been done with ruthless efficiency and really signals a new style of society, where the State has become vastly more powerful and the individual vastly weaker. I believe that this shift in the fundamental power relationship is the real essence of what has taken place during the pandemic. It is likely to be a long term situation, and will manifest in many different ways which have nothing to do with public health per se.

Many who reject vaccines are expecting a population decline due to the degenerative effects of the covid vaccines over a period of years. I believe there will be a population decline, but my perspective on this is a little different. As I see it, the main effect of the vaccine mandates is to train humans to bow before the cult of scientism. It is similar to the way in which religion has been forced on conquered people throughout the ages. When you look at it this way, you will see all the covid measures as having the same fundmental purpose - enforcing compliance and subservience to the ruling cult and power elite, which does not tolerate a diversity of views, even while preaching "diversity".

Population reduction is likely to occur due to many factors, and will be a fulfillment of the vision of those who lead the scientistic/transhumanist cult, but we are nowhere near that yet. I'm expecting to see a general easing of pandemic restrictions in 2022, and a partial return to normality. Because I see that what is unfolding is due to irrational forces rather than the result of the controlled implementation of a master plan, I'm expecting the unexpected. The next act in this drama may be something totally separate from public health, and it may take everyone by surprise. I'm ready for anything, as I know that deep irrational forces have been tapped. It could be an economic collapse, alarmism about climate change, civil unrest, war, or even something more exotic.

I believe this interview with a government epidemiogist from Denmark gives you a glimpse of the way in which the pandemic will come to an end in the West. Note that there is no admission from this person of any mistakes, let alone malfeasance or wrong-doing. The sudden end of all covid restrictions is simply presented as the next rational step in a series of rational steps. There is no disavowing of past policies and no suggestion that lockdowns and other hysterical responses will not return at some point in the future if a new, nastier coronavirus variant emerges.

In my view the most likely scenario over the next two years will be populist revolutions and violent civil unrest. It will most likely begin in the United States in the run up to the next election. There is also a reasonable probability of war with China, which will begin over Taiwan. If these two scenarios were to emerge at the same time, it would be the "perfect storm" to induce a depopulation process. This would provide justificiation for increased controls on human movement, free speech and bodily autonomy. Even then however, I don't see things unfolding in a linear way, as we might imagine from reading dystopian fiction. We are dealing with irrational forces, not premeditated, sober agendas.

As we saw at the end of WWII, this phase of history may ultimately give way to a resurgence of freedom and openness. History rarely repeats, but it often rhymes. 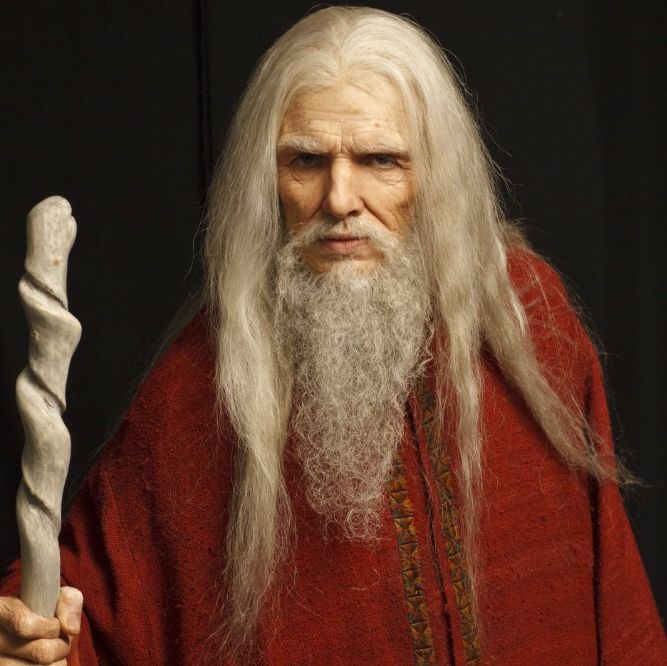 Don't cop out by saying there is no conspiracy. There obviously is. Such a coordinated agenda over a long time period, occasionally announced publicly by leaders talking about the new world order and the great reset together with the history of Jeckyll Island and the Federal reserve machinations leaves little doubt that a global conspiracy of international banking elite are at the helm.

If you are arguing that there is a vast one hundred year conspiracy orchestrated by elites which encompasses the modern monetary system and a planned depopulation event using vaccines you're giving these people godlike, omnipotent qualities and arguing yourself into a position of defeat. Such conspiracy theories are in my mind more a symptom of mental enslavement than observations about reality.

I will always err on the side of faith in humanity, without which there would be no point in continuing to live in this world.

This is what I call PP - provocative polemic. Great creative writing. That having been said, we can also say that it is completely speculative opinion that is non falsifiable. No amount of argument or dialog can arrive at the truth of the matter. When speculating about the future, we are on our own. Depending on our disposition - be it pessimistic, optimistic, or apathetic- we will make our judgements and take responsibility for our actions in response to our belief or non-belief.

I can imagine Winston writing something like this if he were living in Germany in 1934.

Thanks for this provocation! It is ideal for sending to family & friends who are clear victims of the mass formation psychosis that has been created by daily repetition on the air-waves of fear-inducing government rhetoric, every day for the past 2 years.

The no jab no job was the easiest way to "sort us out" we segregated ourselves. It's obvious that the English speaking countries are harder to control than the malleable compliant subservient countries of Asia and the Middle East. Who ever "they" are have had decades to plan this. All they have had to do is sit back and watch it all unfold, it's almost lazy.

It makes me wonder about Australia specifically; what role does Australia play in the grand scheme?

Are we, as I predicted previously, a smaller market, testing ground for what the ideologists you're describing are wanting to implement on a grander scale?

Or are we actually irrelevant and our "leaders" are therefore somewhat out of the loop, resulting in the most illogical and absurd policy making of any Western country it seems.

I definitely agree with you, that this is all just part of a conditioning phase. And part of that conditioning, in my thoughts, involves an accelerating of mass fear campaigns. From AIDS to Terrorism to Global Financial Crisis to Climate Change to Covid to ??.... Cyber attacks or Economic Collapse or War, etc. There's a new (pre-fabricated) threat to fear and these threats seem to be either coming around quicker and quicker or they are being escalated higher and higher.

We have not reached the breaking point because:

1 - Mass deaths have not occurred.

2 - The MAJORITY have not awakened and rejected the fear mongering. Instead the majority (even if not the vast majority) are still going along with it all, which means there is still room for additional pushes to occur.

The whole thing reminds me a little how China apparently have a new internal disaster every 10 years. According to one source these are pre-planned for each decade to remind the people who is in charge/who looks after them.

And, sorry my thoughts may not be flowing laterally but again, the whole mandate situation with job losses, I'm sure I've mentioned it before, mimics Communist Strategies of removing those who do not pledge their allegiance to the Communist Party from the ability to gain a full education and from the ability to work in the higher paid jobs or the jobs involving determining the future of the nation.

In our case it's, if you refuse the Communist-like (Collectivist/Fascist/etc) vaccine, pledging your body to the Party, then you won't be allowed in Government, therefore, people like you will never be able to influence the future course of the nation. Similarly, you'll have educational restrictions, etc, further ensuring only those willing to pledge their body over and their children's bodies over to the Party will be considered worthy of discussing and contributing to our nations future.